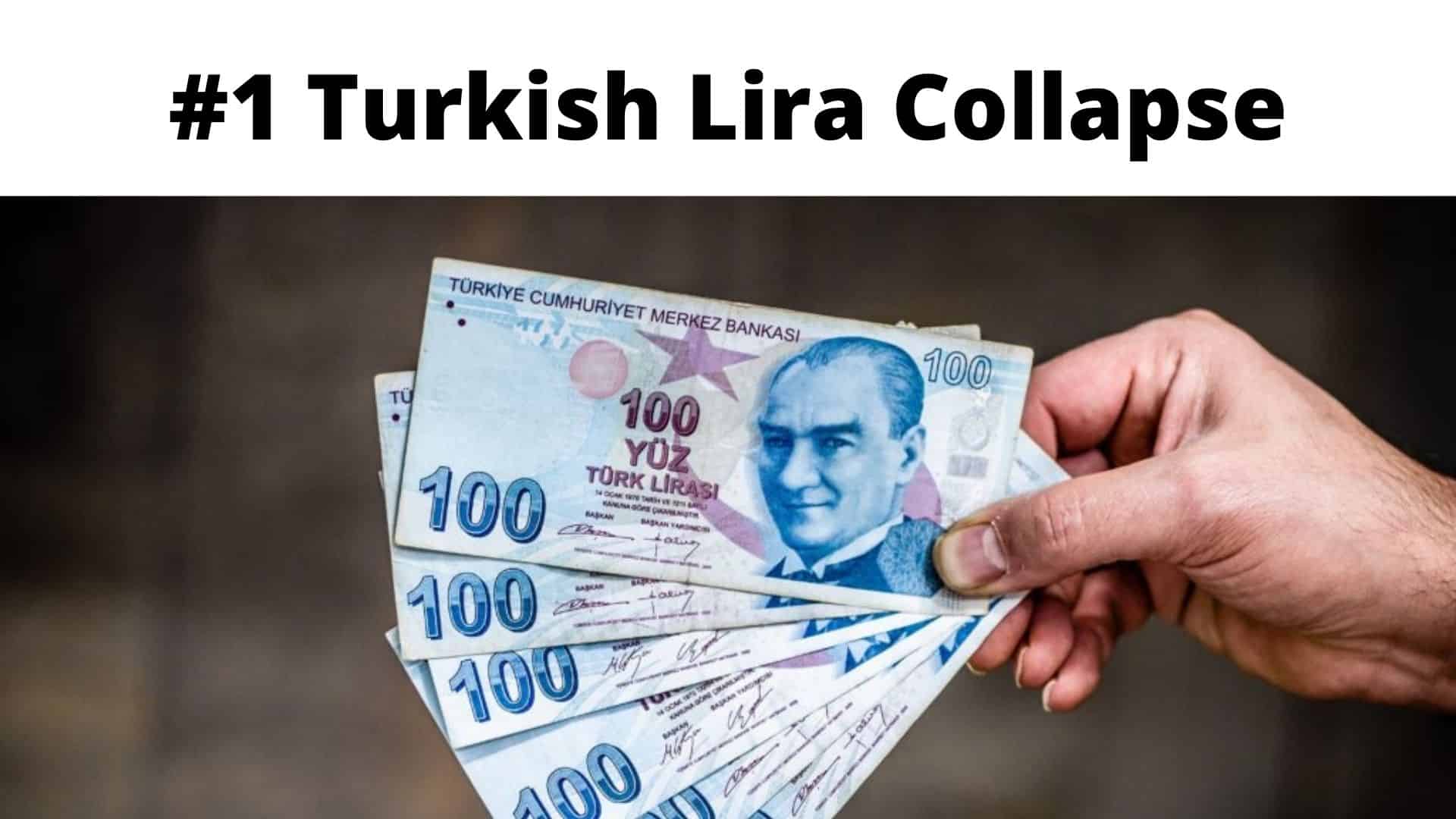 The Turkish lira is the official currency of Turkey and Northern Cyprus. Turkish lira holds a unique record of least valuable currency in the Guinness Book of World records. Therefore this is not surprising news for the people of turkey that their currency is falling to a level that companies like Apple have declined to accept the payments in the Turkish Lira.

Why the Turkish Lira is falling?

The fall in the value of the Lira is due to the fact that the President of Turkey is on an “economic war of independence“. Therefore instead of listening to the experts’ advice on the matter of economic affairs, he decided to take the matter into his own hands. There are two things that boiling Turkey is battling. On one side there is the heat of inflation on the other we have new spices coming in from the master chef himself “Recep Tayyip Erdogan”

The result is a bad dish for the country and for the people. The Turkish Lira lost almost 42% against the USD this year alone. The master chef however insists on high flames by saying that tighter policy will not bring down the inflation resulting in a good dish. To his surprise, people were able to get a smell of what is being cooked and are protesting. Their future plans and expectations are all taking a hit in a manner so unexpected. Although the chef declined to bow to the expectation of a few errands. He is slowly starting to feel the heat of his actions.

The history of Turkish Lira

Then printed a new Lira which would be equivalent to denomination times 1 million. How cool is the government of Turkey? If there is too much currency in circulation or if the currency gets devalued just get rid of some of the zeroes. Easy math even the brightest of the bright economists across the globe could not figure out.

According to Erdogan the concept of interest and debt is rudimentary. Even though the entire county is accepting it, using it (system of credit) for their own benefit somehow all of this does not fit into the concept of the greater good. Therefore change the system of zeroes and bingo! who knows that there were six zeroes behind the new Lira hiding in the attic.

Tryst with the Turkish Lira

The rookie traders should not catch the falling knife. The Lira will fall well below the means and might hit hard under the belly of a good many people. The Lira might exhibit the properties of a “Hira”. But having written that Bitcoin occupies the centre stage along with the title of the “Hira”.

Unfortunately in the real world a Turkey can definitely eat the apple and produce the beat but in the virtual world, Turkey is nowhere close to an Apple. All the product sales from the Apple stores both physical and virtual throughout the country are halted for an undisclosed duration. Apple is super rich but it cannot afford a 40% discount without a sale going on. The frenzy is here to stay and as usual, Apple decided to stay out of the mess.

To understand the location of Turkey. We must take a look at Google maps because it’s a very beautiful country where Asia meets Europe in the city of Istanbul. Turkey has eight neighbours and almost all the borders are settled except with Syria. There are many locations to explore. Let’s just start our journey with the neighbours.