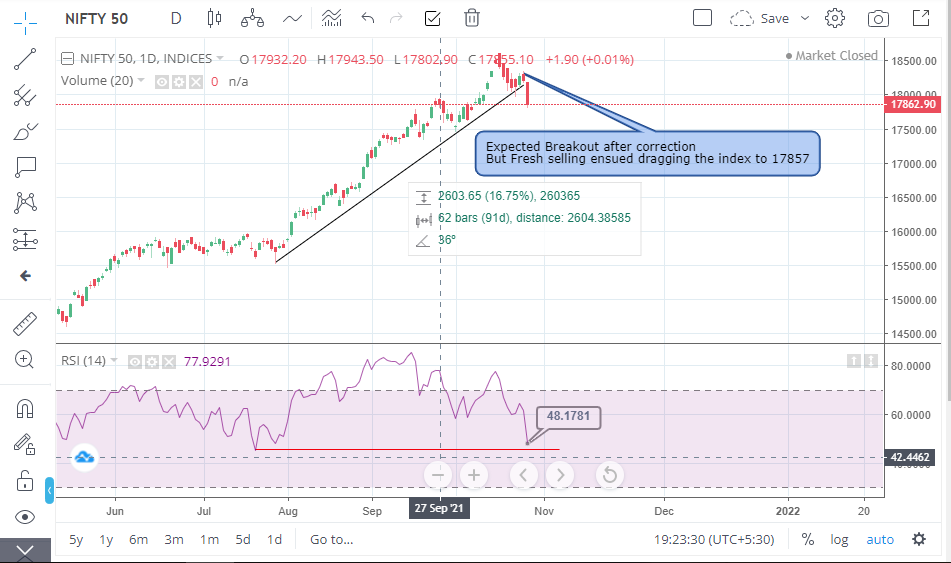 The Indian market crashes on the 28th of October 2021. Possible reasons for this slide can be due to the high valuation of the market, lack of investor participation in the equity market, FII, MF, DII selling. Whatever be the apt reason, equity markets are nervous at these levels. Nifty 50 stocks saw a correction of 10% – 15% from their 52 weeks high. The fall was nearly two percentage. The short term positions are turning tomato red amid the fear of the return of the bear market.

Let us look at some of the falls that the Nifty 50 experienced in its relatively short span which began in 1996.

These are some of the major falls that the Nifty 50 index has seen. The BSE is a very old exchange and it dates back to 1875. However, NSE was set up in 1992.

What are the possible reason for a stock market crash?

There can be a number of reasons for a stock market crash. Some of them are mentioned below.

Is the indian market crash good or a bad thing?

A small amount of correction is good for the overall market. The correction gives sufficient time to investors to rebalance their portfolios. The flow of money is adjusted and this promotes efficient allocation, utilization of wealth to create new assets. The Indian market is like a jungle. Some trees die and other trees live on their dead remains.