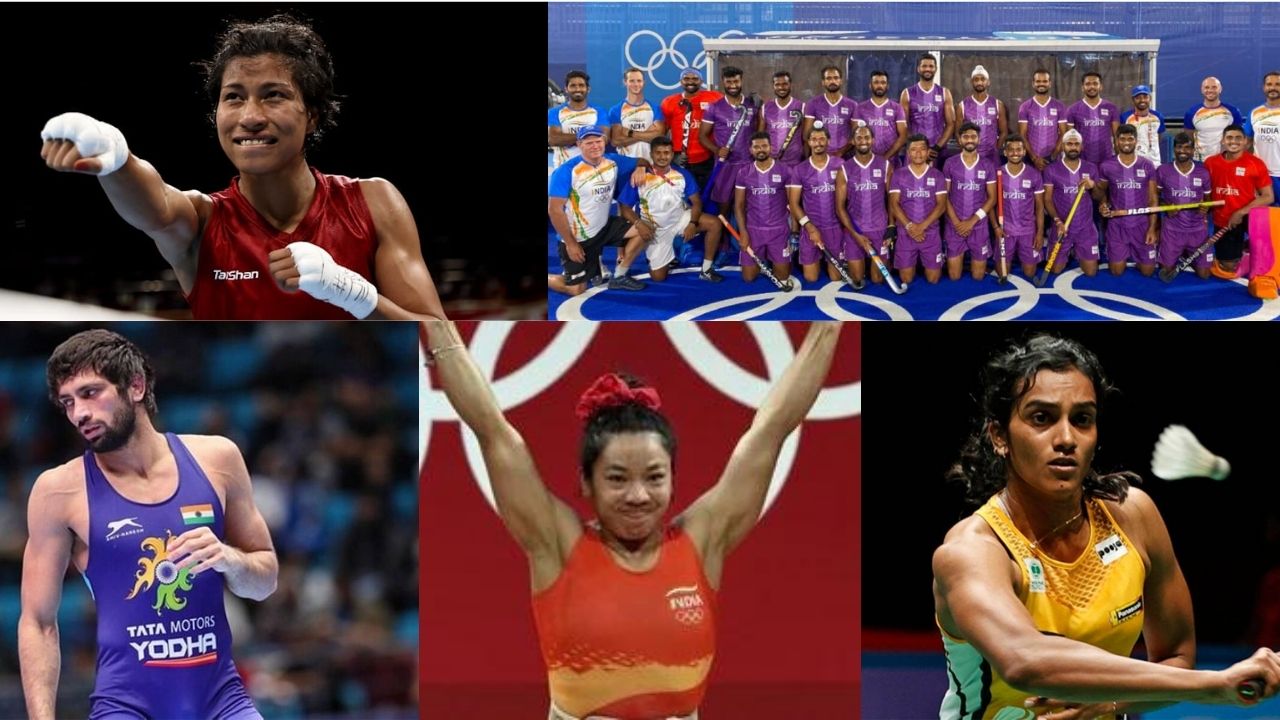 India in Tokyo Olympics – Finally, the wait is over because India won the following 7 medals. For the first time in the history of India, India has won so many Olympic medals. India not only won a medal in hockey after 41 yrs but India also won a Gold medal in the track and field event in 100 years.

The stories of hard work grit and determination of the Indian Athletes.

The Indian Wrestler wins a silver medal in Freestyle of wrestling for India.

Indian Men’s hockey creates history by winning the Bronze medal after 41 Years in a tight match against Germany. India Vs Germany score 5-4

Lovlina Borgohain is the Indian Boxer wins the bronze medal for India in the Tokyo Olympics. Watch Lovlina in action for the medal.

P.V Sindhu of India won Bronze medal against B.J He of China on 1st August 2021. This is the second medal won by India.

Mirabai Chanu won the silver medal in 49 Kg category by lifting total weight of 202 Kg. She is only 26 Yr old.

Mirabai Chanu is like a debt free company that creates wealth for India and also pays divedends from time to time. Therefore we must cherish her.

Alert : If anyone wants to open a demat account in Zerodha, Upstox or Angel Broking use the links.

Who is Mirabai Chanu?

An article about SaiKhom Mirabai Chanu and her story about her childhood is unearthed by Money control. The article tells us that how she used to lift more woodden logs than her 4 year elder brother and carry it over for 2 Kms. – Money Control

Finally, An interesting fact about weight lifting. In the 109+ category of men’s weightlifting. Georgian weightlifter Lasha Talakhadze is the world champion

India won 1 silver medal in the Tokyo Olympics 2020 so far.

Firstly there are two mascots in the Tokyo Olympics of the 2021. Seocndly, these mascots are cartoon characters. The mascots are the ambassadors of the games. Therefore mascots meets, welcomes and greet the athletes coming to the city where games are held.

Here is the video of Somiety – “So Mighty” in action.